December was pretty busy in Valencia so we had different fairs and even a marathon near our place. I had a lot of vacations accrued that had to be used so I took a couple weeks before Christmas, one was also used to recover from a small surgery and the second to stay at home nursing Bernat who was sick from daycare. We went a couple times to the Contemporary Culture Museum in El Carmen and also to Bombas Gens in Marxalenes. 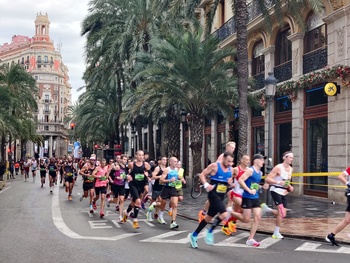 And about Christmas, Alba and I attended the Elastic Decemberfest lunch, and we also had family gatherings on both sides as usual. This was the first year Bernat actually enjoyed the meetings with his cousins. 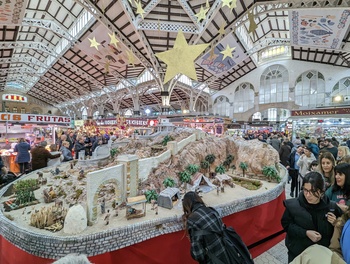 Finally this month something called the Gemini Protocol (a hybrid between HTTP and gopher) got my attention and I’m starting to play with it to maybe offer this website on that very lean and text-only version.

This was a hard month at Elastic. On the financial results company quarter call with analysts it was announced that around 13% of the employees would be let go. The Spanish staff has not been notified yet so there’s a small chance I will get hit but since it is totally out of my control I’m not wasting energy on it.

Other than that, and with the two weeks of PTO and another on a community duty rotation, there is not much to report about for this month other than I took the task of organizing the Valencia’s team annual Christmas lunch (this year called Decemberfest). 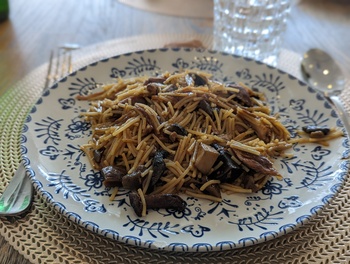 This month was pretty quiet on the community side, but I signed for my second activity with Cibervoluntarios for January where I’ll do a workshop about basic email usage to teenagers.

In December’s first week of PTO I read a bunch of comics by Neil Gaiman purchased on a Humble Bundle pack : “Signal to Noise”, “Troll Bridge”, “Creatures of the Night”, “Miss Finch”, “Murder Misteries”, “A Study in Emerald”, “Chivalry”, “Forbidden Brides”, “Only the End of the World Again”, “How to Talk to Girls at Parties”, “Likely Stories”, and “Snow, Grass, and Apples”. I enjoyed very much all of them and I left for the next occasion “Norse Mythology” and “American Gods” since they are larger lectures.

I got back to continue reading Stranger Things Happen by Kelly Link.

Apart from the music podcasts I mentioned in the October 2021 update, I can highlight the following podcast episodes from this month: