November was marked by Bernat starting the kindergarten a few hours in the morning and me at a coworking space in Torrent. The second part made me start using a car again to commute to work for the first time in more than ten years. I’ve been sharing a car with my mother for the last years since I used it very sparsely, but now with this new routine it was impossible to avoid issues so we decide to get a new car as well. Other than that, it’s been an easy month with a bit of going out but not much. 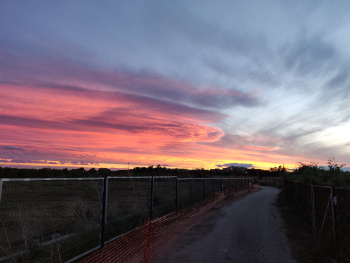 This month was focused mostly in the testing of the new release of the Elastic Stack and later, apart from other daily tasks, on a couple of blog posts around a dashboard I created that displays information of the Cumbre Vieja volcano eruption. I won’t share much more about it now but I think it was a good opportunity to learn about different aspects of the stack and the recent work in the Maps team in particular.

Unfortunately the Geoinquietos Valencia gang couldn’t meet in person in November because of bad weather (yeah, in Valencia) but since next month is the tenth anniversary of the group we are planning for real a meetup with some beers and dinner, doubling also as Christmas gathering, if COVID restrictions allow it.

Apart from that, OSGeo Charter Members elections are finished which is always a great opportunity to learn about new community members from all over the world and the Board elections will happen in December.

I haven’t been able to read much this month, I’m still going through the Meditations by Marcus Aurelius. While I’m enjoying it, is a bit frustrating not having the time to read it with a more quiet and relaxed environment but, well, there’s not much I can do at this moment.

Apart from the music podcasts I mentioned in the October update, I can highlight the following podcast episodes: